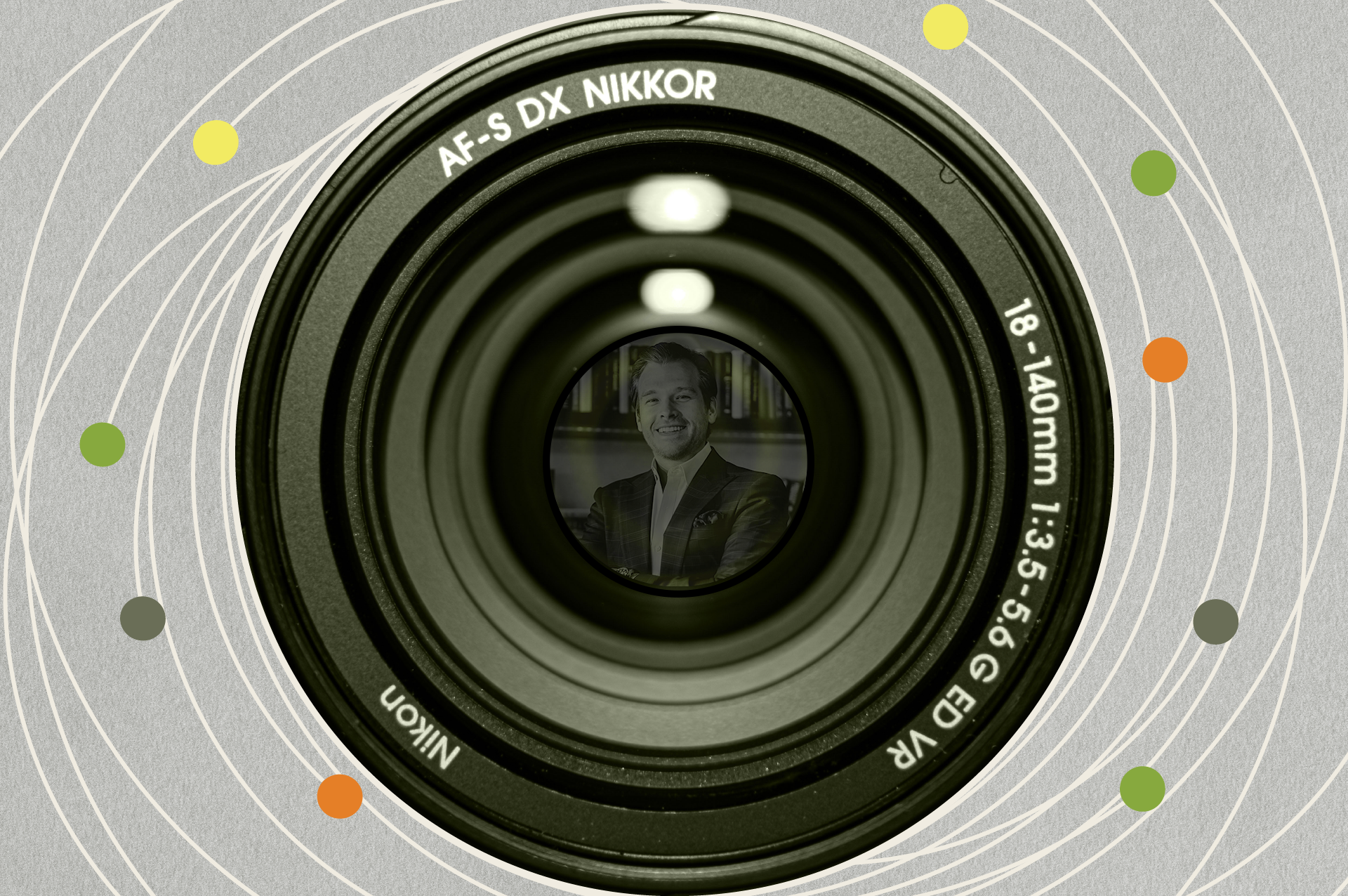 Your job is to successfully manage a business, not make videos. And yet, given both the pandemic and the increasingly broad adoption of video for all manner of business communications, many professionals are being asked to be stars of the small screen. And if you’re reading this article, you might be among the many professionals who don’t exactly feel “camera-ready.”

I feel your pain. Prior to starting Privcap more than a decade ago, I was a print journalist. Since then, I’ve appeared in or produced thousands of business-focused videos. Here are a few of the many things I’ve learned along the way.

For videos featuring people delivering business insights or information, there are generally two approaches–scripted or “interview-style.” Interview-style refers to more conversational, “off-the-cuff” delivery; it’s the type of thing you might normally see in a panel discussion at an industry conference. Scripted is, as you might have guessed, is a tightly controlled delivery based on a formal script or a detailed set of notes.

Scripted remarks work best for a “presentation,” in which you walk your audience through  several slides, and you have carefully prepared comments to accompany those slides. Or, perhaps you have rather formal comments (like “welcome” remarks) to deliver and want the language to be exactly right. In these cases, it makes sense to prepare and approve comments ahead of time, and read them, usually while looking directly at the camera. Where an in-person camera crew is in place to capture your comments, typically a teleprompter is used that scrolls directly in front of the camera lens, just like it does in the production of a news program.

Increasingly, videos are being created without the use of in-person crews, and produced remotely (and less expensively) simply speaking into the camera on a computer. In these cases your producer needs to make sure that the script you are reading from is as close to the camera lens as possible, or the audience will perceive that you are not squarely looking at them.

More importantly, you should be aware your audience can tell instantly that you are reading a script, no matter how good you are at delivering the words. It is awkward to watch someone pretending to be engaged in what is staged as a conversation or interview, when you are actually reading a script, i.e., “That is a very good question, Bob. Now let me respond with a four-part answer.”

You should try to deliver your scripted remarks with appropriate energy (which can be accomplished by following a few tips below) or you risk delivering the worst form of an interview - a hostage video, in which a visibly nervous speaker reads prepared comments and generally does not look happy to be doing so.

In addition, if you’ve decided to deliver scripted comments, you should be sure that the language of the script is appropriate for on-camera delivery, and that you use a speaking style that is slightly more exaggerated and energetic than you would use. . . in a hostage video.

First up - style of language. Have a look at the first paragraph of a New York Times article, and imagine a television news anchor reading the words verbatim. Typically, these article ledes are a bit too dense to work when read aloud. Language intended for video delivery is typically punchier and avoids ornate or overly technical language. It is therefore not recommended that you simply read aloud for a video the kind of language that you would insert into a written business update. Try to streamline the language and make sure it is effective when read aloud.

Next up - style of delivery. There is a reason why TV news anchors speak in a somewhat exaggerated fashion, pausing to emphasize certain words and moving through the script at a measured pace - because it is easier for the audience to follow. As you practice your script, you should tap your inner Ron Burgundy by exaggerating your enunciation of key words or phrases. Be confident that while this may sound in your own head like you’re trying too hard, it’s going to sound a lot better to your audience.

Wherever possible, we encourage our clients to deliver remarks on camera in a conversational format, meaning that you speak normally, usually looking “off-camera” like an interview in a documentary film. For the viewer, this creates an experience that is very close to listening to a conversation, and therefore a much more appealing way to learn from a fellow human being.

For interview-style comments, you should certainly plan the questions in advance, and you can even put together bullet points for each answer to help organize your responses. But ultimately, when the cameras are rolling, you should answer the questions in a natural fashion, as if you were sharing a coffee with the audience and simply engaged in a conversation with them.

Some professionals are wary of this conversational approach, because throughout their successful business careers, they have very carefully crafted each and every business communication, and don’t want to risk mangling a message, or appear to be overly casual. This wariness is understandable if you view a video as a formal presentation. But if you view the video as a stand-in for a person-to-person meeting, the conversational approach makes more sense. Imaging being asked a question in a pitch meeting, and then pulling out a script for your response. You’d be laughed out of the room. Your audience wants to see the confidence you have in explaining your area of expertise, and this is diminished when it appears you can’t speak without relying on script.

A few factors relevant to video production should alleviate any anxiety you have around delivering unscripted remarks. The first and most important of these factors is that your comments will be edited. You can make an important point three, four, five different times, and in editing select the version that works best. You can piece together one point with another point and make it seem natural thanks to the magic of video post-production.

A final pep talk: Remember that you’ve become successful in large part because of your ability to convince people in face-to-face encounters that you are talented and trustworthy. You know you already have the ability to speak about your business in a confident, off the cuff manner, and so now your job is to do so in the slightly unnatural setting of lights and cameras. Your interview set-up should allow you to speak as naturally as possible and pretend that you’re having a coffee with a client instead of “acting” on camera.

When we are preparing to conduct a video interview, the producers at Privcap Media are often asked how long answers should be. Our guidance could be viewed as contradictory - speak naturally, we advise, but try to give short answers. On the one hand, if you are prone to longer, meandering sentences, we’ll keep asking you questions until we’ve captured what we need, which can then be edited down into a form that works best for video. Your long answers will be made short in post-production.

On the other hand, you should realize that straightforward, pithy comments work best in a video. Very often, the final comment that an interviewee makes after a long answer is the one that ends up in the video, because the final comment often summarizes the rambling answer that came before it, i.e., “So the reason we’re bullish on solar power is that it benefits from consumer demand and the right regulatory framework.” You should consider starting sentences with conclusions like this.

The most important consideration is that you speak naturally and not overthink your responses. It’s fine to ramble on a bit if, in so doing, you are collecting your thoughts and arriving at the most important points.

Break Up Your Thoughts

You have a well defined list of points you need to make. There is no need to try to deliver all of these points in one burst of commentary. Quite often, Privcap Media will interview a professional who has labored over a long monologue that gets delivered during the very first answer. If the interviewer knows all the points you need to make, these are best captured in a series of questions.

What’s more, a good interviewer will be armed with pre-agreed questions for you, but will usually ask a few unanticipated follow-on questions to get an even more spontaneous and natural set of responses. As an interviewee, you should welcome these follow up questions - they will force you to speak as close to a real-world conversational exchange as possible. The best answers are so often the ones that the interviewee has spent no time preparing. After all, you know these topics like the back of your hand, right?

If you are appearing in a video that has a budget for on-screen graphics, you have an opportunity to marry qualitative commentary with quantitative information on screen. In other words, rather than saying, “We have offices in New York, London, Paris and Hong Kong,” you might consider saying, “Our global team benefits from a diversity of views and local networks,” and, while you are heard saying this, the screen simply show a graphic about where your offices are located. Think carefully about whether the information you want to deliver is better visualized on screen than read out like a laundry list.

One appealing format is to feature two or more people on screen engaged in a conversation. The best way to stage this is as an actual conversation that is recorded, and then edited down for length and clarity.

It is painful to watch a scripted conversation (see “Thank you for that question, Bob” above) so don’t even bother with this idea. In a two-person conversation, typically one person is the question asker, and the other person answers questions. If both speakers are to be featured as “experts,” you may want to consider having a third person act as interviewer/moderator.

The benefit of a video is that your clients and potential clients can actually see and hear you, your team members, bringing them to life in a way that no text-based communication can do. Viewers gain strong impressions of people almost immediately upon seeing them appear on screen. This underscores the importance of setting up yourself and your team to appear as natural and confident as possible. Agonizing over the exact words to be delivered can sometimes miss a major point - your viewers will probably take away important lessons from the video that are not even related to the exact words spoken. They will ponder, “Is this someone I want to partner with?” And if the person under scrutiny is hidden behind a wall of dense language, with every modicum of natural human mannerism suppressed, the answer might be, “no.”  Getting very comfortable speaking on camera can be another effective method for you to gain the trust of your audience and deliver important information at any given moment.

Contact Privcap to help you create captive audiences with our visual storytelling and seamless execution of complex engagements.

212.287.4256
sales@privcap.com
Thank you! Your submission has been received!
Oops! Something went wrong while submitting the form.